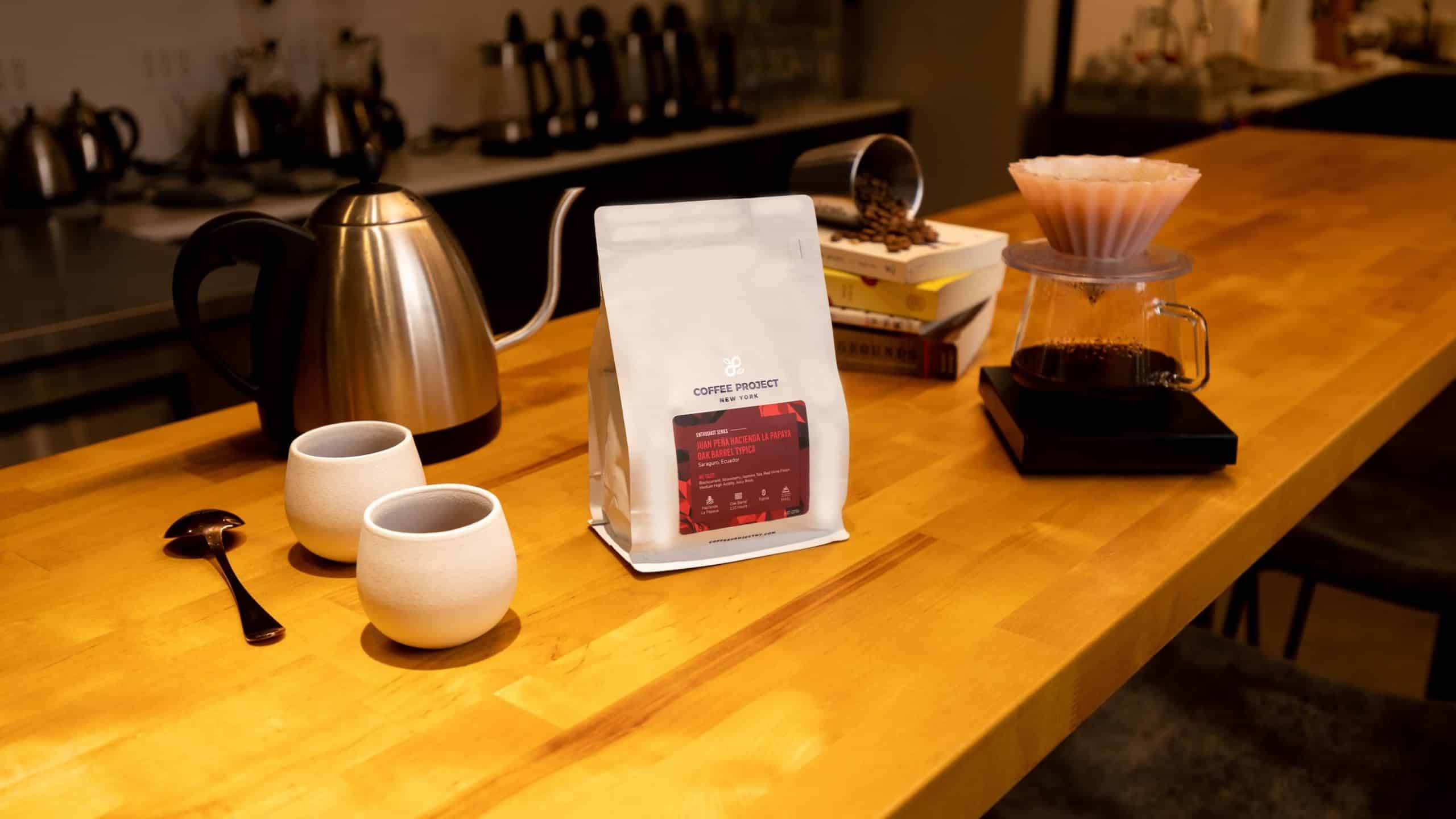 This summer has featured a series of high-grade single origin coffees at Coffee Project NY. The sixth in this Enthusiast Series is an oak barrel fermentation from Juan Peña at Hacienda La Papaya in Ecuador.

Coffees can rise to prominence in the specialty industry for a handful of reasons: they can auction for large amounts of money; they can be introduced as new and experimental varieties; most frequently, they make waves in the coffee competition circuit.

The latter is the case for Hacienda La Papaya, a farm located in Ecuador, amid the dry-tropical forests of the coastal Andes Mountains. Founded in 2009, introduced to international markets in 2014, and featured in its first US competition two years later, La Papaya is now considered to be a pioneer in Ecuadorian specialty coffee and one of the most distinguished farms in South America.

Hacienda La Papaya ballooned in popularity after the 2018 US Barista Championship, when Cole McBride and Kay Cheon placed first and third respectively, both with coffees from La Papaya. Just a few weeks later, both competitors visited the farm in an origin trip featured in Barista Magazine, for a new coffee to take to the world championship later that year. These coffees, expertly grown and overseen by producer Juan Peña, were lauded for their high-altitude origin, ability to stand out on cupping tables, and profound craftsmanship. Coffees from Peña, and La Papaya in general, have been in high demand (and limited supply) in the years since.

Today, Peña, founder and director at Hacienda La Papaya and winner of three consecutive Sprudge Notable Producer awards (2018-2020), is a research-driven, technologically adept, interdisciplinary producer with a focus on scholarship toward a higher quality cup of coffee. Peña has a master’s degree in agronomy from the University of Cuenca and employs laboratory-quality methodologies for growing and processing coffee. He collects data on everything from the effects of various chemical fertilizers to optimal sugar content for harvest.

Featured in another of our Enthusiast Series coffees—the Jaime Cartuche Pink Honey—Hacienda La Papaya, guided by Peña, continues to be peerless in its dedication to detail, quality, and technique. Hacienda La Papaya, with its consistent reputation for excellence, sells its coffees by direct trade at Cafexporto.

This adventurous coffee from Peña is a lab-grown Typica plant, immaculately maintained with consistent genetic testing through World Coffee Research. After harvest, the coffee cherries are fermented for five days in closed oak barrels previously used for rum production. The full cherries are then removed to continue drying in temperature- and humidity-controlled drying rooms for up to one month; the very long and controlled drying process is reported to vastly improve a coffee’s cupping quality.

Its unique fermentation method gives this Juan Peña coffee a distinguished red wine aftertaste with bright, fruity notes of blackcurrant and strawberry at the top. Find this coffee, lovingly roasted by our team in Long Island City, at our online shop or in our café locations. 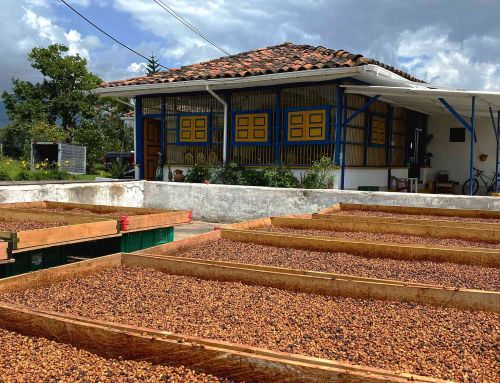 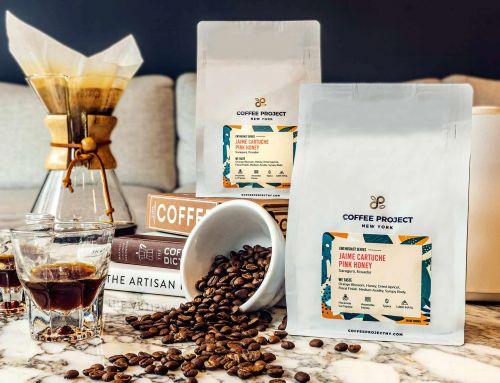 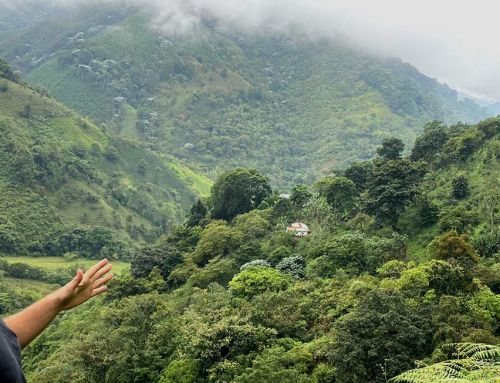 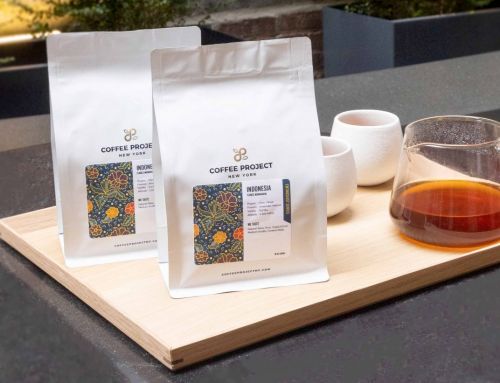