This summer is bringing with it a series of high-grade single origin coffees to Coffee Project NY. The third in this Enthusiast Series is an anaerobic washed Gesha from José Giraldo at Finca Las Marias in Colombia. 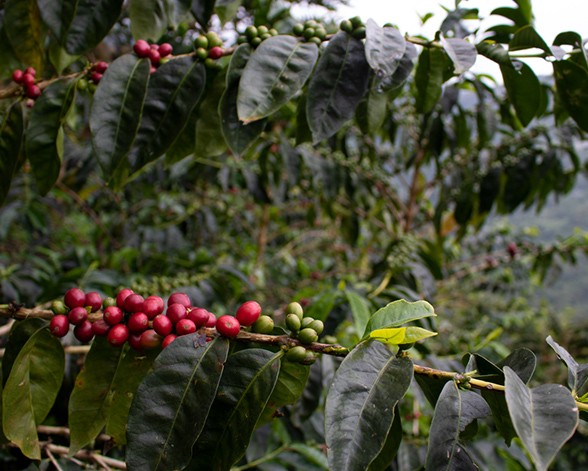 Less coffee drinkers know, however, the coffee skyrocketed to notoriety in 2004 when a Gesha from Hacienda la Esmeralda won the Best of Panama award and proceeded to auction for a then-unprecedented $21 per pound. At the same auction in 2019, another Gesha coffee would sell for $1,029 per pound.

This explosion in price and popularity proved validating for the specialty coffee world, demonstrating to large coffee companies and their production chains (which drive down the price of raw materials like green coffee) the immense market value in farming coffee for quality rather than quantity. 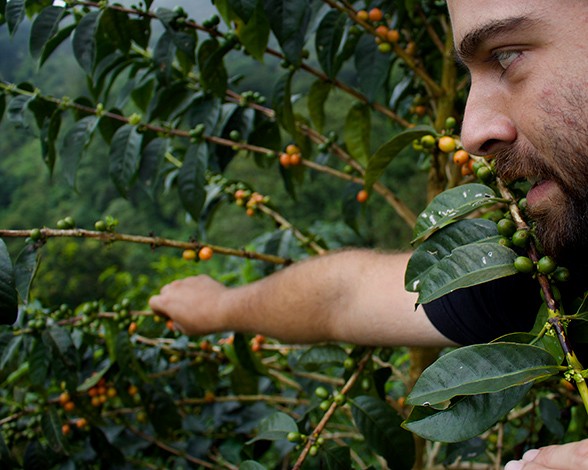 José Giraldo with an unripe coffee tree on the farm.

Gesha’s ability to sell for knee-weakening amounts of money has made the coffee highly popular for specialty farmers as well as consumers; in the years since 2004, production radiated from Panama to surrounding regions and farms such as José Giraldo’s Finca Las Marias in Colombia. 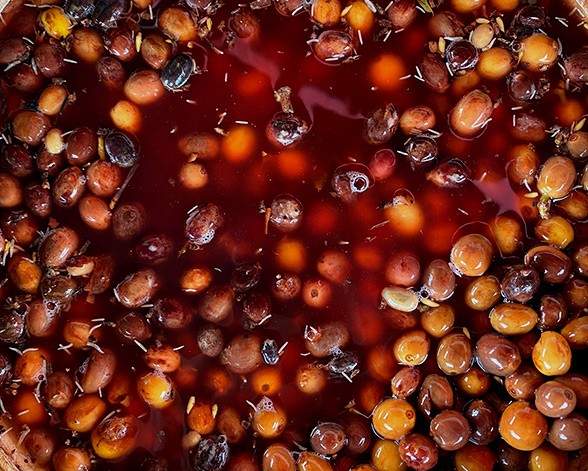 This coffee is a washed process with anaerobic fermentation. It was pulped, fermented in a carbon dioxide-rich environment for 84 hours, then sun-dried for three months (not days or weeks, but months) on raised beds in a temperature-controlled warehouse.

This process, Mr. Giraldo explains, is in pursuit of the brightness of the floral and exotic notes behind this magnificent varietal.

Expertly roasted by our team in Long Island City, this Gesha has bold, but balanced, tasting notes of jasmine, sparkling lemonade, lychee and cherry. 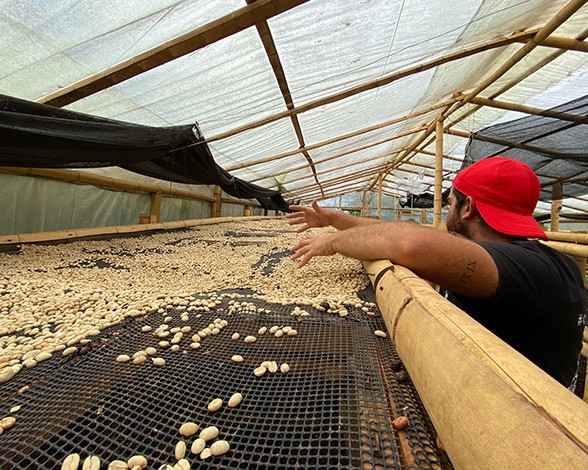 Mr. Giraldo with washed coffee drying on a raised bed. 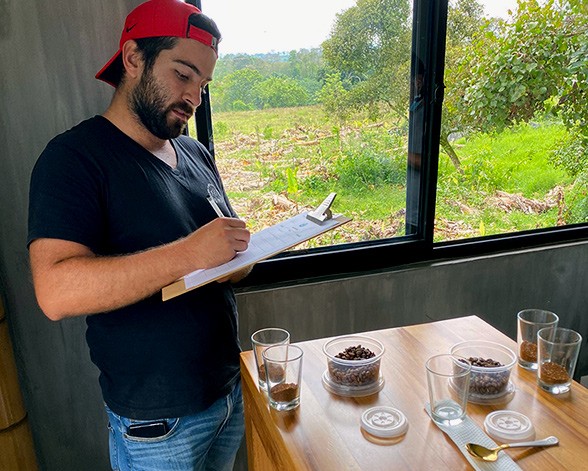 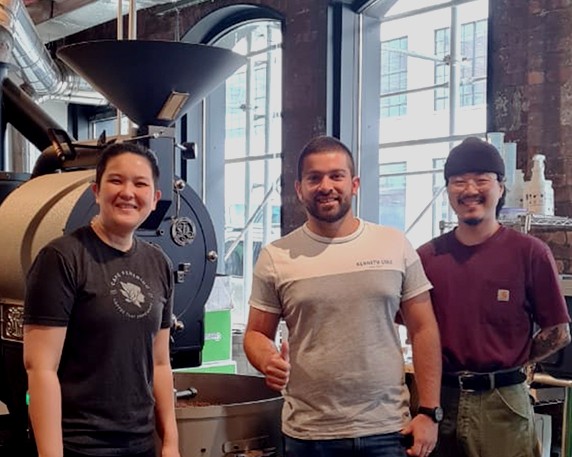 Chi Sum Ngai, Head Roaster, and John Pang, Production Manager, with José Giraldo at our roasting facility in Long Island City. Thanks for visiting us!